A two weeks trip with stays on the central atolls - North and South Male, Rasdhoo, Ari - with the opportunity of sighting sharks and manta rays on the various diving points, while travelling East-West through the archipelago. Heading towards Rasdhoo and diving in Rasdhoo-Madivaru, in search for hammerhead sharks. Navigation will then proceed towards North Ari, and, crossing the atoll lengthwise, we will touch the most beautiful and rich in life thilas of the Maldives, searching for whale sharks. Frequent landings on desert islands, beaches and fishermen’s islands, are one of the reasons for which those who really know the Maldives appreciate this cruise. We will head back to the eastern edge, navigating through South Male, with a stop at Guraidhoo.

A cruise that will reveal six different atolls (North & South Male, Felidhoo, Vattaru, Mulaku, South Ari), departure and return from/to Hulhule airport island. Heading South straight away, sailing within the Eastern edge channels, among which Emboodhoo Kandu, Cocoa and Guraidhoo Kandu, Devana Kandu, Fotteyo, Rakeedho Corner, Vattaru and Mulaku Kandu. From here we’ll cruise the inner portion of the atoll heading to the Southern edge of Ari Atoll, where we will attempt the famous whale shark watching at Maamigili ocean reef. We will then sail northwards through the atoll, without neglecting beaches, desert islands, sandbanks. After the must-see destinations -the most famous thilas, we head back to North Male. On second to last day it will be possible to visit the Capital, Male.

One week safari starting and ending at Hulumale / Malè. We start our cruise northward and -according to the season- we will moor for the night on the eastern or western edge of the Atoll. Male North Atoll has beautiful dives in “thilas” which are covered with soft corals and are home to many different kind of reef fish in big schools. We keep cruising toward Baa Atoll passing through the small Gaafaru Atoll, renowned for its wrecks (Lady Christine, Erlangen, SS Seagull). Since Baa Atoll does not have many touristic resorts, it is still possible to find many uninhabited islands with beautiful coral reefs perfect for snorkeling. As far as diving is concerned, here we can find very peculiar dive sites characterized by the abundance of hard and soft corals. North-East in Bathalaa Kandu it is possible to spot the rare pink coral (Distichopora Violacea) and in the marine protected area of Dhigali Haa Thila, covered with beautiful soft corals and black coral bushes, we can encounter pelagic fish such as jacks, barracudas and also grey reef sharks. But the highlight of the atoll is Hanifaru Bay. Here, from May to November, an exceptional concentration of kreel attracts hundreds of mantas for feeding and often some whale sharks also feed among them. There will be stops at fishing villages and, upon return to North Male, on the second last day it will be possible to visit the city of Malè.

Arrival at Hulule/Male airport and weigh anchors towards the southern part of the archipelago, visiting six different atolls (South Male, Felidhoo, Vattaru, Mulaku, Thaa and Laamu) in a week. The long lengths of navigation will be interspersed with thrilling dives in channels, which are the focus of this trip. From Guraidhoo area we will head down towards Alimathà, Rakeedhoo, Vattaru and Mulaku Kandu, then on to Thaa with its less-known passes. Sailing on further south through Vadinolhu Kandu we will reach Laamu; the cruise will then head towards the final destinations of the picturesque Fushi and Maabaidhoo Kandu. Last day visit to the island of Gan, then departure from Kaddhoo airport on a domestic flight to Male.

Arrival at Kaddhoo airport on a domestic flight from Male. Two nights in Laamu atoll, to visit the best dive sites in the area (Mabaidhoo, Funaidhoo..) and then cross onto Suvadiva atoll –second largest atoll on the planet- to spend the rest of the week around the breathtaking Eastern edge with its incredible channel dives, rich in fish in large quantity and stunning dimensions. Suvadiva atoll is definitely famous for the amount of pelagic fish, it is not rare to encounter sailfish and marlins (which please not only divers, but also fishing fans), green turtles, quite rare in the Northern atolls, and the beauty of the channels themselves, not only on the oceanic drop-offs, but also in the inner walls, where amazing encounters are always possible. The dive truly never ends! Being all dive destinations quite close to one another, sailing time is rather neglectable, and we have daily chances to land on desert islands, sandbanks and beaches. The beach barbecue night is very special aswell, a poorly colonized atoll offers incredibly starry skies and being that South we can spot galaxies and stars from both Hemisphere skies. On the last day visit of the island of Viligili, where the fish factory creates an amazing divesite, and early morning departure to Male from Kadeddhoo aiport.

Departure from the Hulule/Male airport, two-weeks sailing through South Male, Felidhoo, Vattaru, Mulaku, Thaa and Laamu to the atoll of Huvadhoo (Suvadiva), which can only be reached with favourable weather conditions (mid-winter). The destinations included in this trip will satisfy all those who wish to visit remote places far from the more commercial destinations. Fun will be guaranteed for both snorkelers and divers (but fishing enthusiasts too), by the beautiful and extremely diversified landscapes: channels, desert islands, sandbanks, islands inhabited by friendly and spontaneous people, trail bait fishing.. all these elements will give you unforgettable memories. On the last day departure from the national airport of Kadeddhoo to Male. 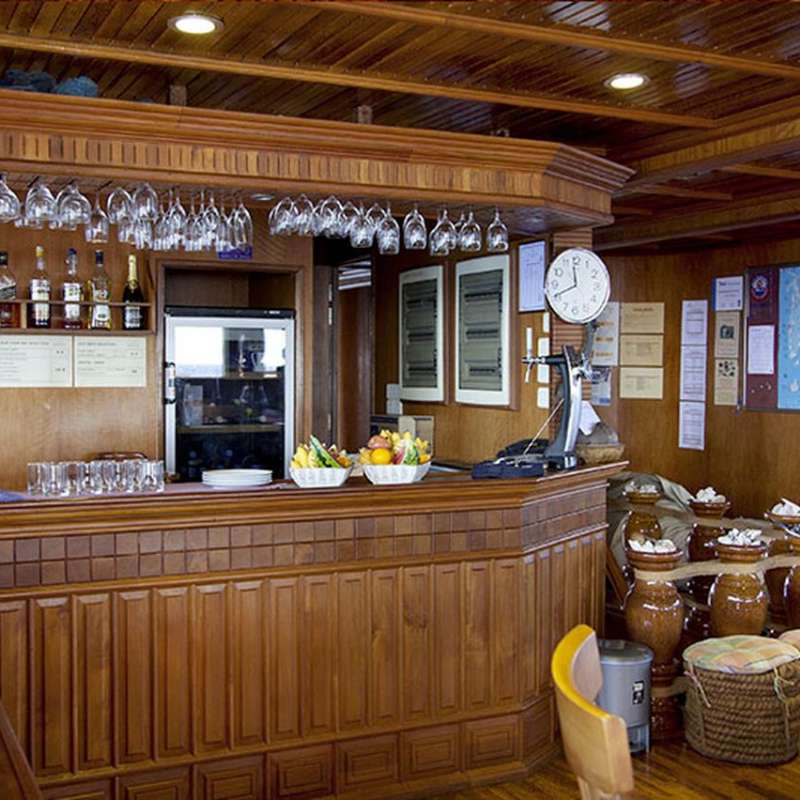 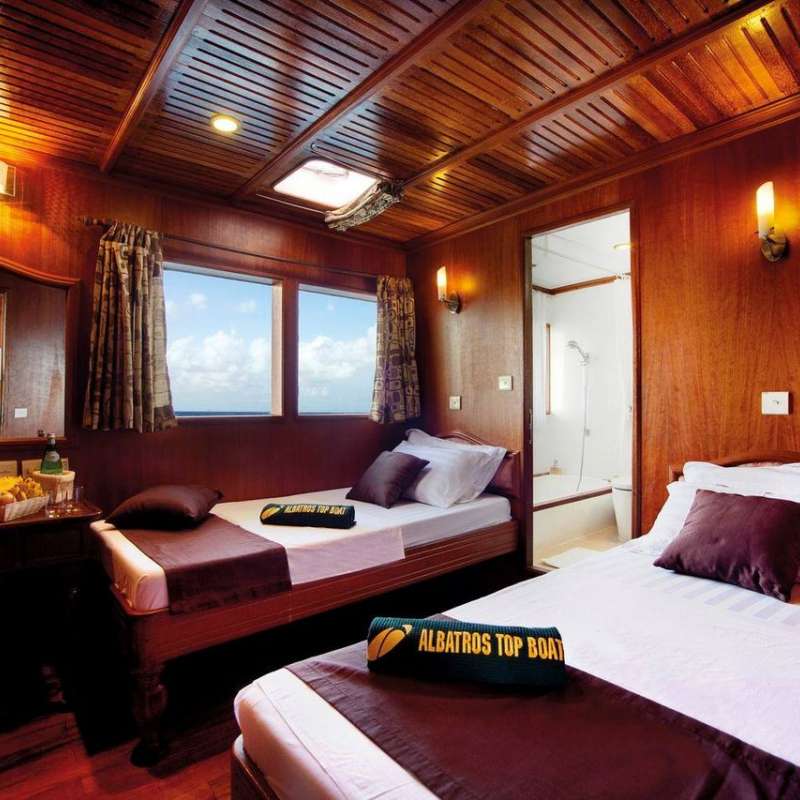 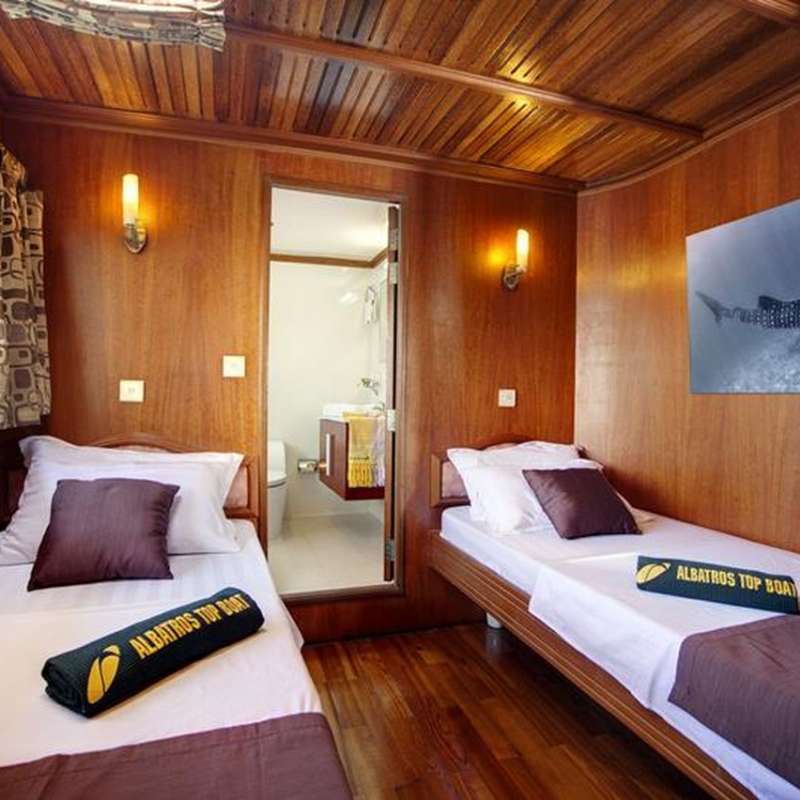 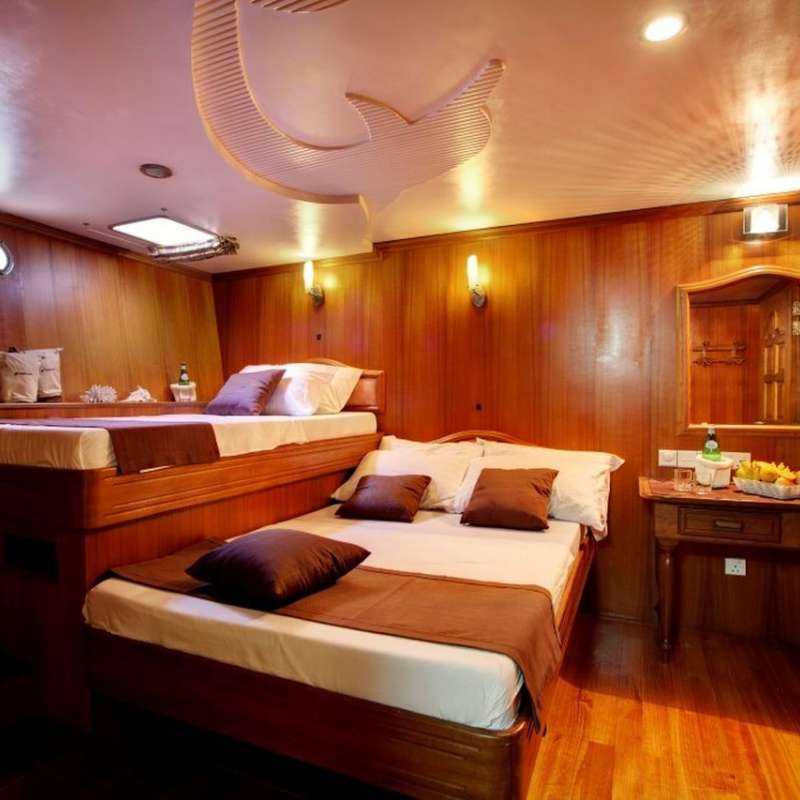 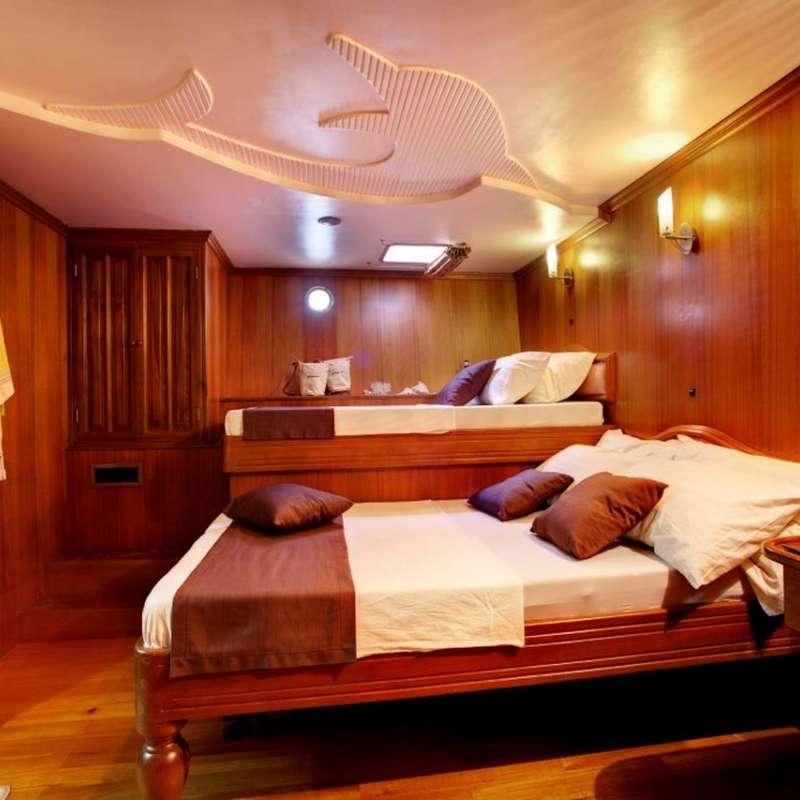 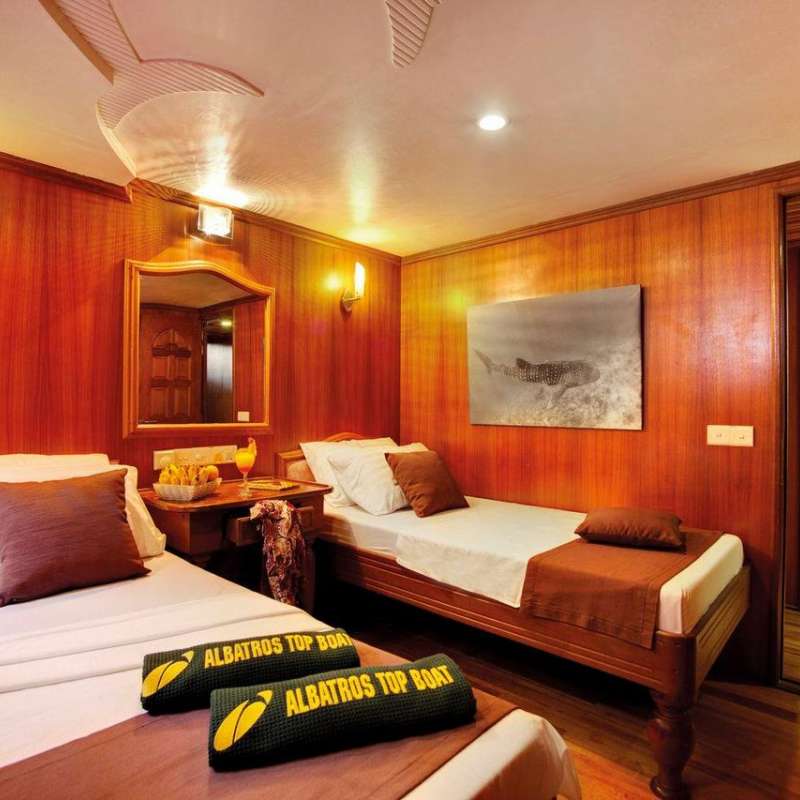 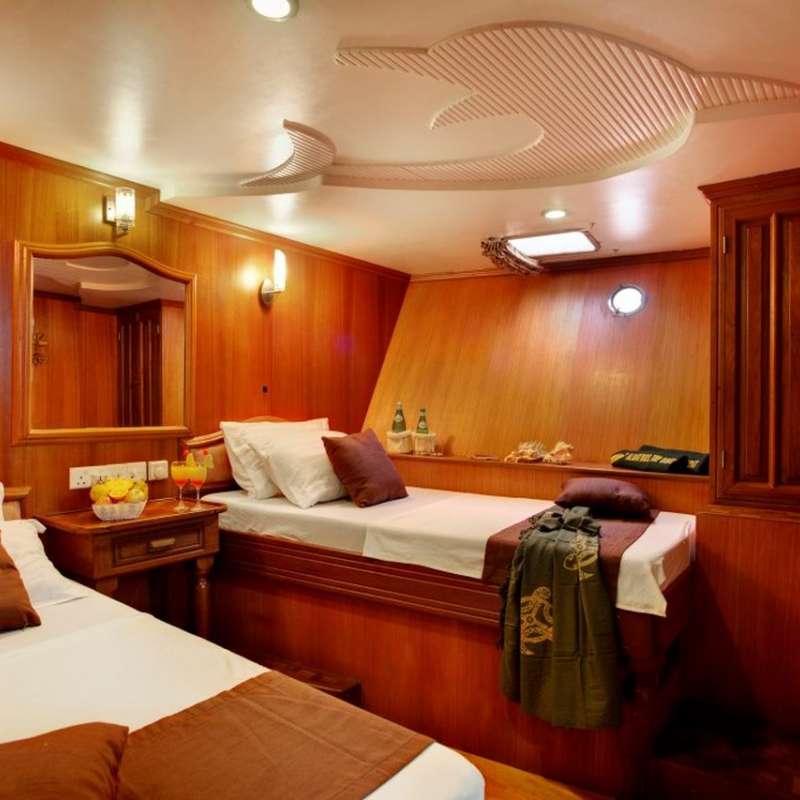 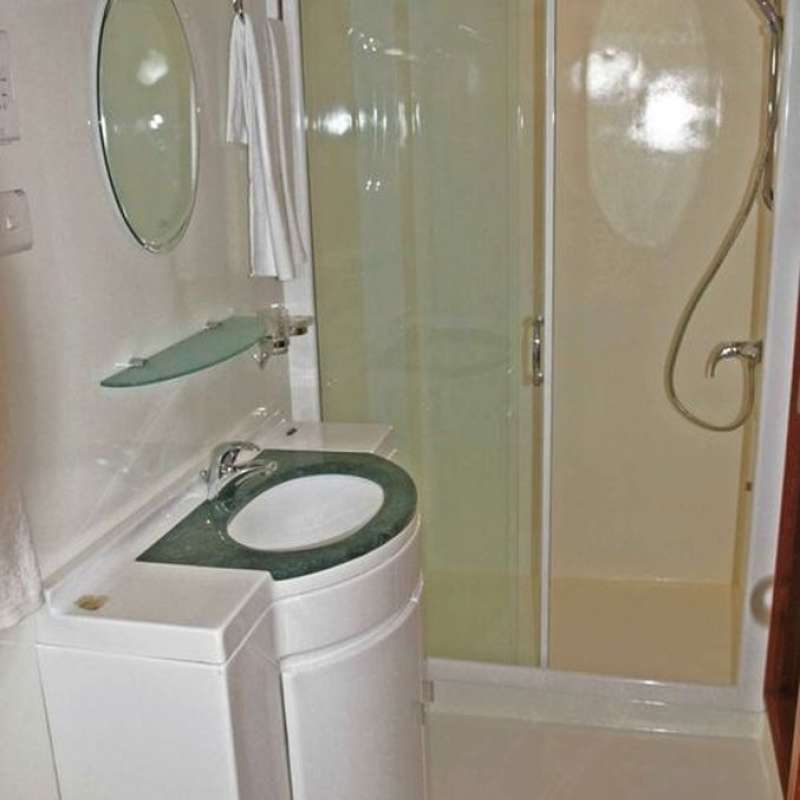 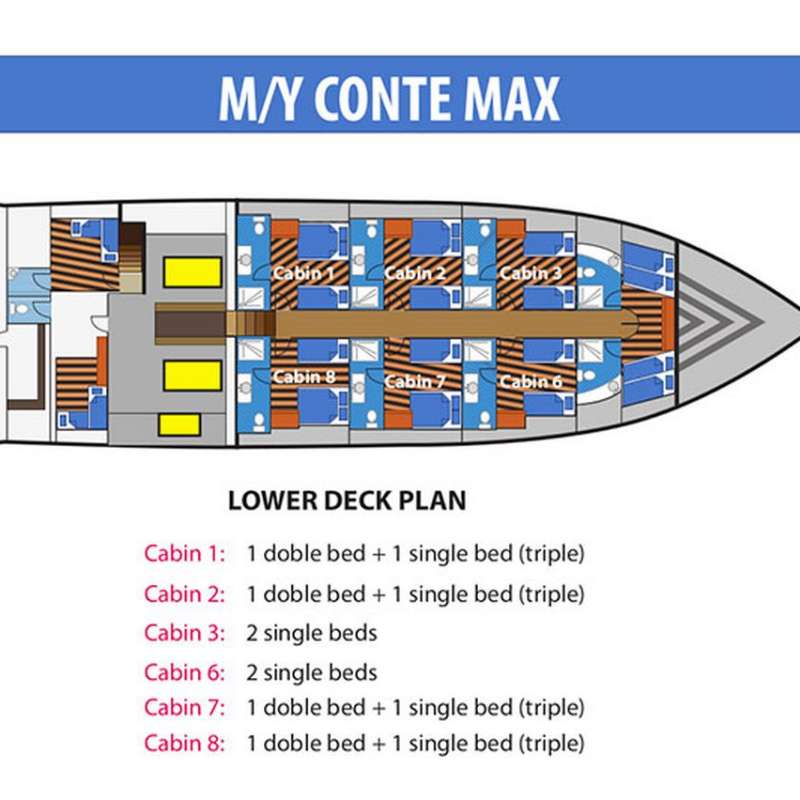 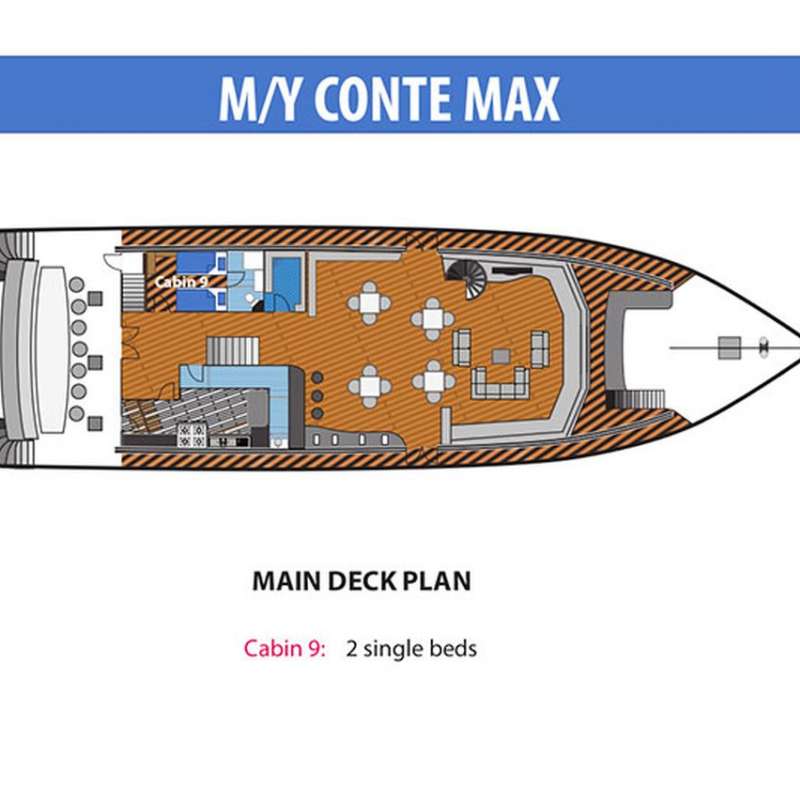 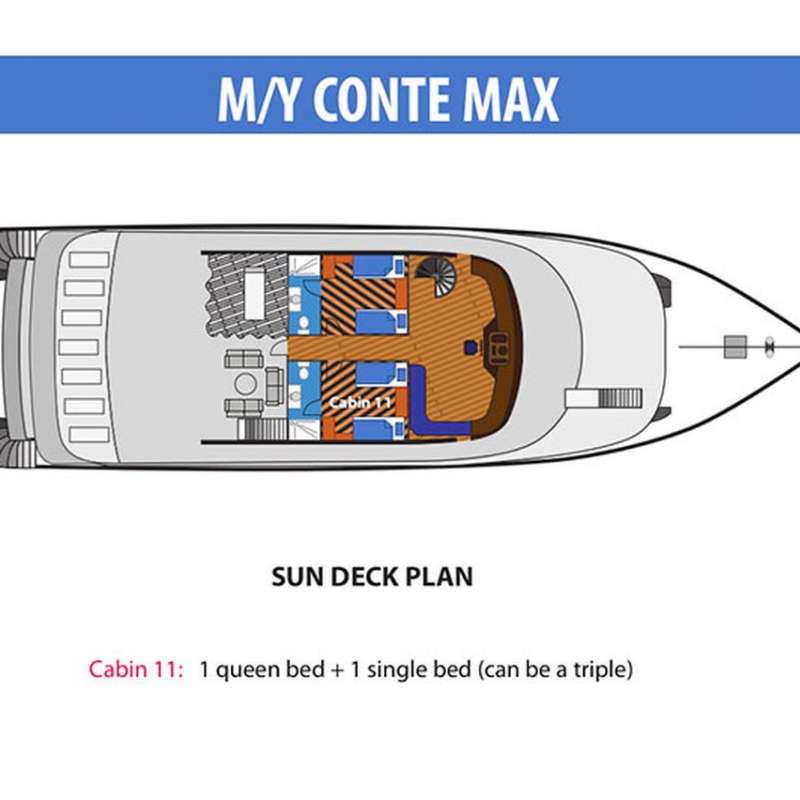 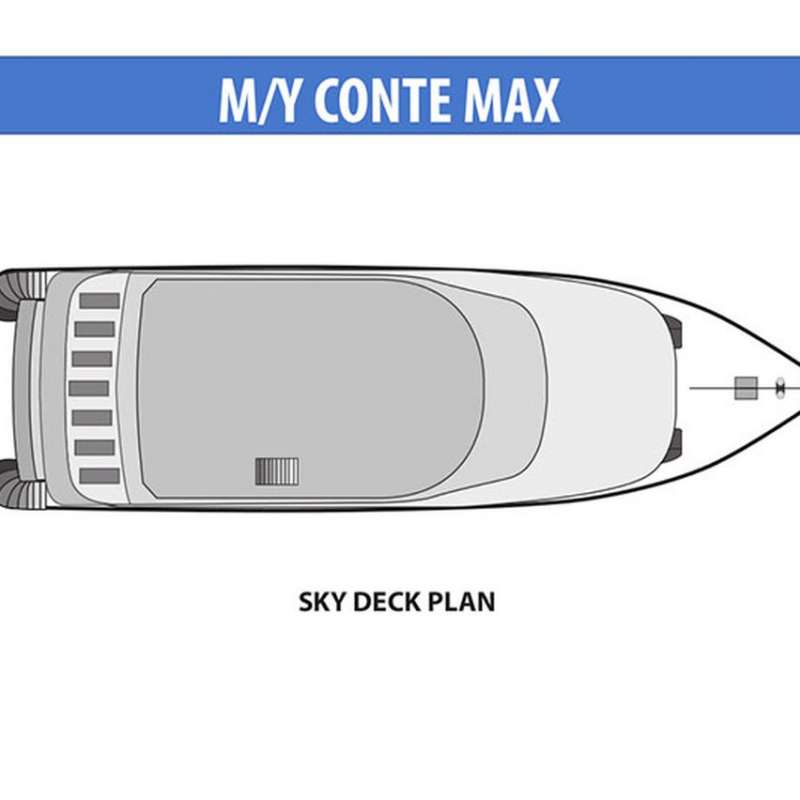